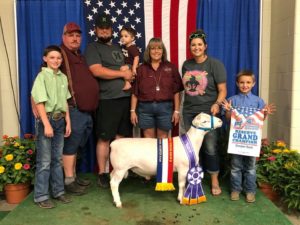 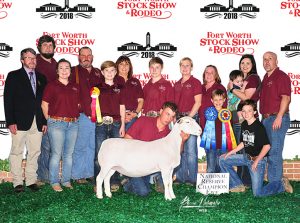 Since 2010, S Bar T Livestock has been raising and offering White Dorper Sheep for sale in north Texas. Dorpers have a natural self-shedding coat, so that shearing is almost non-existent, and this breed is particularly suited to the Texas climate and geography.

S Bar T Livestock is honored to receive 1st Place Flock, Premier Exhibitor, and the Herdsman Award for the 3rd year in a row at the ADSBS National Show held at the January 2018 Fort Worth Stock Show.

* NOTE about Phones * Please leave message! Sometimes we are not in range,
but will gladly return your call when we get back to the house.